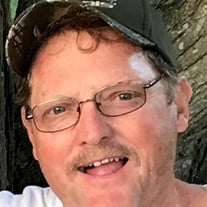 Gary Clarence Russell, 69, of Deckerville went Home to be with the Lord Thursday, September 7th, 2017. Gary Russell was born on January 26th, 1948 to Clarence and Martha Russell. He was a lifelong resident of Deckerville. After high school, Gary served in the US Army from 1966-1968 and served in Vietnam in 1968. He then returned to Deckerville and married Margaret Bielski on August 9th, 1969. He and Margaret owned restaurant businesses to include Gary’s Place, Gary’s Other Place, and Breakfast Only from 1974 – 2002. After selling his business, he drove for Sanilac Transportation and was elected as a Sanilac County Commissioner from 2002-2012. He retired in 2012. Gary’s life changed in 1980 when Jesus gave him new Life. He radically left his old life and began to live for the Lord. He became a loving husband to Marg and father to Brandon (Jeneil) Russell and Lindsay (Ben) Knowlton. He pursued Jesus in ministry through his church, the choir, the Sanilac County Gideons, and his community. In the last years of his life, he passionately ministered to those in the Sanilac County Jail teaching the Bible and praying for their deep concerns. He leaves behind a legacy of generosity and sharing the Gospel to anyone who would listen. Due to his witness, many came to know the Lord. Although his work and ministry were very important to him, nothing eclipsed his passion for his family. His wife, Marg, was his constant companion and best friend. Their love endured 48 years of marriage, countless sporting events, births and deaths of loved ones, and his gifting of a vacuum cleaner on Marg’s 40th birthday. He was devoted to his children, Brandon and Lindsay. He taught them to earn their keep by making them work in the restaurant, to respect others, the value of a good TV show, and to love Jesus and put Him first. He was very proud of his children and their accomplishments were a favorite topic of conversation. Gary loved his wife’s fried chicken and mashed potatoes, deer hunting, the Tigers, and 30-mile bike rides. But nothing made him light up more than his precious granddaughters, Lilly (13), Rhema (13), Maggie (12), and Hope (10). He was their beloved Grandpa, their champion. Visitation will be Monday, September 11th, 2017 at the Apsey Funeral Home in Deckerville from 5pm – 8pm. The funeral service will be held at McGregor United Methodist Church in McGregor, Michigan on Tuesday, September 12th, 2017 at 2pm with visitation 1 hour prior. In lieu of flowers, the family asks that donations be made to the Sanilac County Gideons or the McGregor United Methodist Church (Jail Ministry). Condolences may be sent on line to apseyfuneralhome.net

Gary Clarence Russell, 69, of Deckerville went Home to be with the Lord Thursday, September 7th, 2017. Gary Russell was born on January 26th, 1948 to Clarence and Martha Russell. He was a lifelong resident of Deckerville. After high school,... View Obituary & Service Information

The family of Gary C. Russell created this Life Tributes page to make it easy to share your memories.

Gary Clarence Russell, 69, of Deckerville went Home to be with...