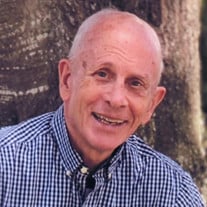 James (Jim) Arthur Popilek, 83, of Deckerville, Michigan, passed away October 2nd after a long fight with Alzheimer’sDisease. Jim was born on June 27th, 1938, to Albert & Teresa Popilek in Flint, Michigan. He graduated from Saint Agnes Catholic High School and later from the University of Michigan with a degree in education. Jim is survived by his older brother Gerald Popilek & wife June Popilek and younger sister Janice Popilek. He is also survived by his three sons, Steven Popilek & wife Mary, Brian Popilek & wife Michelle, Scott Popilek & wife Michelle and his 7 grandchildren Katelyn Boehland, Steven Popilek, Amanda Popilek, Josh Popilek, James Popilek, Madelyn Popilek and Gavin Popilek. In addition, Jim is also survived by six nieces: Amy Nagy, Lori Popilek, Teri Kieffer, Cindy Kieffer, Karen Smith & Pam Hauer and three nephews: David Popilek, Tim Peterson and Chuck Kieffer. Jim also had 3 great nieces, 7 great nephews, 3 great great nieces and 6 great great nephews. Jim was preceded in death by his father Albert Popilek, mother Teresa Popilek, and sister Maryann Kieffer. Outside of his family, Jim had two passions in life, being an educator and playing golf. Jim spent over 20 years as an administrator in the Deckerville School System where he presided over the Elementary School as Principal. His love for the students was only surpassed by his love and admiration of those teachers and administrators he had the honor of working with over those years. Jim also loved playing golf. He spent many hours out at Huron Shores Golf Club where he loved competing and making a fashion statement with his colorful attire. Funeral services to honor the life of James A. Popilek will be 3:00 PM Sunday October 10, 2021, in the Apsey Funeral Home. Visitation will be 2:00-8:00 PM Saturday October 9, 2021 and 1:00-3:00 PM Sunday. Memorials may be given to Deckerville Community Hospital Condolences may be sent online to apseyfuneralhome.net

The family of James A. Popilek created this Life Tributes page to make it easy to share your memories.

Send flowers to the Popilek family.