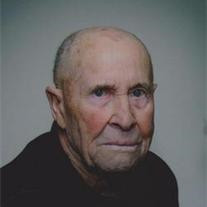 James Leroy Nichol, age 90, of Deckerville, passed away Sunday February 12, 2012 in his home with his family at his side. He was born October 17, 1921 in Argyle Township, the son of the late Lee and Bessie (Sample) Nichol. He married Mary... View Obituary & Service Information

The family of James Nichol created this Life Tributes page to make it easy to share your memories.